A historic ferry bell with very special links to the town of Saltash is to have pride of place at the ‘Bridging the Tamar’ Visitor and Learning Centre which opened earlier this year thanks to a grant from the National Lottery Heritage Fund. The bell had been missing for almost 60 years when it was discovered in a box in an attic.

The ferry bell originally came from one of the steam powered chain ferries which were built in the 1930’s to carry passengers and vehicles across the River Tamar between Saltash and Plymouth. Each of the ferries had a bell at either end which was used to inform passengers of impending departures.

The two ferries were officially retired from service in 1961 when the Tamar Bridge was opened. The final crossing of the ferry was at 11:15pm on 23 October, with the Tamar Bridge opening the following morning.

One of the original ferries was sold to the operators of the King Harry Ferry which connects St Mawes and the Roseland Peninsula with Feock, Truro and Falmouth. After being converted to diesel, the relocated ferry continued to run across the River Fal until 1973.

While three of the four bells from the two ferries were distributed to local organisations in 1961, the location of the fourth bell remained a mystery until Andrew Davy learnt of its existence from his father in 2017.

Andrew is the grandson of Herbert J Davy, a highly respected Saltash businessman who was first elected as the Mayor of Saltash in 1933. He went on to hold this position for a further three terms.

It was during my grandfather’s first term of office that the ferry was built by Thornycroft of Southampton. The ferry was officially opened by my grandmother Mabel in December 1933 as my grandfather was ill at the time. Despite suffering from mechanical problems throughout its life, the ferry went on to be used up until 1961. However, it was not this ferry which made the famous last crossing as it was laid up on the Saltash Passage beach as ‘the spare ferry’.

As the Mayor of Saltash and the owner of a successful butchery business in the town’s Fore Street, Andrew’s grandfather was used to people coming into the shop to confide in him, or to bring in bits and pieces of interest.

Andrew had no idea about the bell until 2017 when his father Herbie, then aged 92 and nearing the end of his life, told him the story of the heavy box which, unknown to anyone else, had been stored in the attic for the past 56 years.

Following his father’s death Andrew was helping his Mum go through items stored in the attic when he came across the box.

After opening the lid, I saw a large bell carefully wrapped in straw with the inscription: SALTASH CORPORATION FERRY 1933 …it was the missing ferry bell!” he said. My Mum thought my father had passed the bell onto someone else years earlier and was not aware it was still in the attic. As all the people involved at the time were no longer around, I was not sure what to do with it.

Luckily Andrew had become a voluntary ambassador at the Tamar Crossings Visitor and Learning Centre earlier this year.

As the other three ferry bells are situated in various locations in Saltash, he decided to offer the bell to Tamar Crossings to exhibit in the new Bridging the Tamar’ Visitor and Learning Centre where it could be seen by members of the public.

I am delighted that my offer was accepted and am looking forward to seeing the ferry bell displayed in the Visitor Centre. After all it seems only right to return the bell to probably its rightful owners after nearly sixty years lost in an attic.

The team welcomed this one-off contribution because of the local link and story behind the bell. It also links to the ongoing work by staff and volunteers to collect stories and memories of local people and their connection with the bridges and the Tamar. They’re encouraging locals to share photos and stories at the centre and are launching a project to record these in March next year. 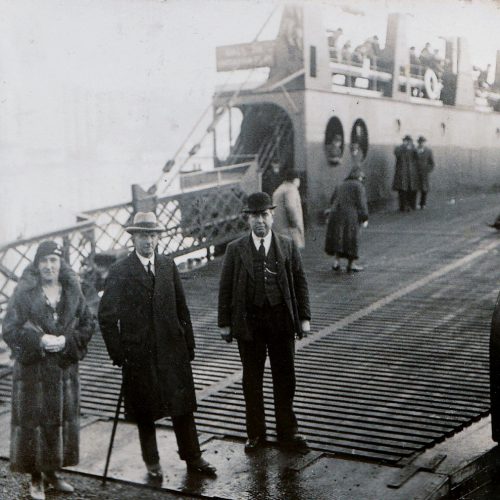 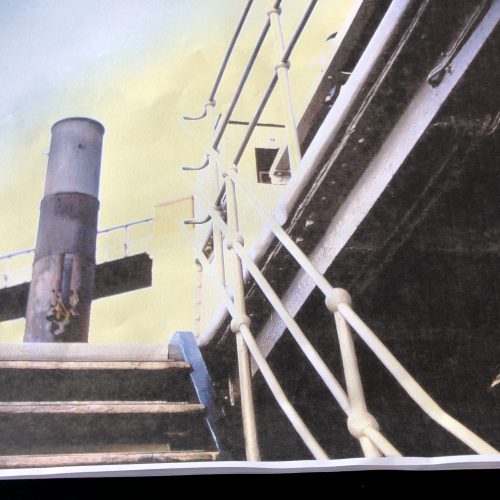