A big thank you to everyone for their patience and support today following the introduction of the new traffic arrangements for the second phase of the resurfacing works.

As anticipated the first weekend of the school holidays saw heavy traffic on the A38 and we were pleased to have been able to operate four vehicle lanes as normal on the bridge between Thursday and Sunday evening.

The north (eastbound) lane and centre lane on the main deck have now been closed to traffic, with north cantilever being used for eastbound traffic from Cornwall and for local Saltash traffic, and the south cantilever opened for westbound traffic travelling from Plymouth into Cornwall.

Lane 7 on the toll plaza is acting as a tag only lane as normal, with the remaining lane on the main deck being used to help manage and balance traffic flows.

As the direction of flow now has to be changed using a physical traffic management system rather than the overhead electronic system, this means it will take longer to change lane priorities in response to a build-up of traffic or incidents, such as accidents or breakdowns on the bridge or other issues on the adjoining road network.

We are aware that this has caused some additional delays today as everyone, including ourselves, get used to the new arrangements. We apologise for any inconvenience and would ask you to bear with us as we work with our partners to adjust the new system to manage changes in traffic levels.

Our control room staff will be monitoring traffic flows on the bridge and surrounding roads around the clock and we will respond as quickly as possible to any specific issues which arise.

As explained in our previous update this first day has been spent on preparatory works ahead of the start of the planing operations on Tuesday. This work has included installing debris netting / containment on parapets, setting out survey points and surveying the existing carriageway and core drilling trial holes to check the thickness of the existing tarmac so that the planer does not damage the steel deck.

The planing operation will begin tomorrow and is expected to take up to three days today to complete. VolkerLaser will then use a range of mechanical and hand tools to remove remaining material at the kerb interfaces. This will be followed by specialist hydro-blasting contractor beginning to remove the last 8-10mm of deck material with a high pressure water jetting system. 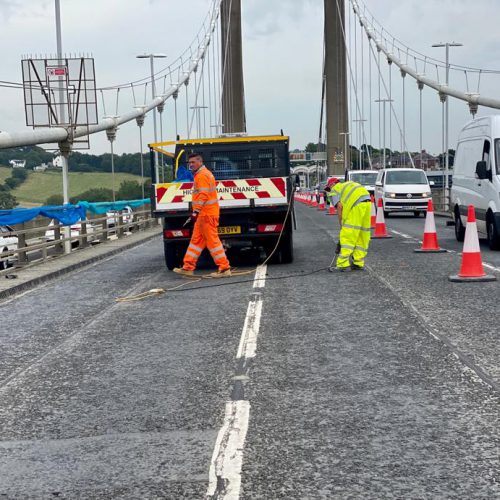 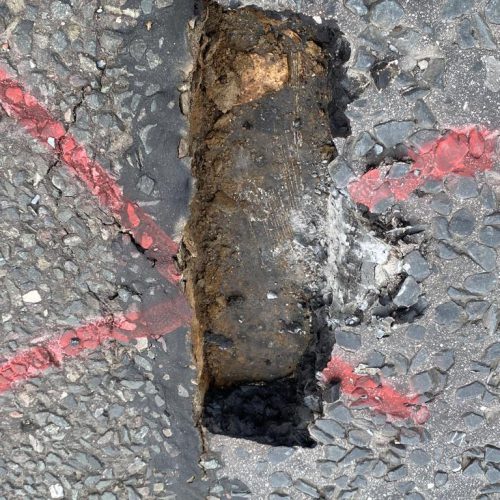 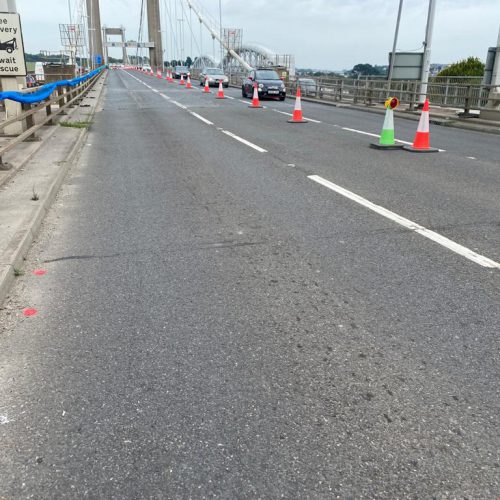