Today was a very special day for everyone connected with the iconic Tamar Bridge as the Lord Mayor of Plymouth and the Chairman of Cornwall Council joined children from local schools, members of the Tamar Bridge and Torpoint Ferry Joint Committee, Tamar Crossings staff and volunteers for the official opening of the new National Lottery funded ‘Bridging the Tamar’ Visitor and Learning Centre.

Welcoming guests to the new Centre, David List, General Manager of Tamar Crossings, said, “The Tamar Bridge and Royal Albert Bridge have played a historic role in linking Devon and Cornwall and our new Visitor and Learning Centre reflects this heritage. Both the road and rail bridge are incredible feats of engineering and something the local area can feel proud about.

“The new interactive exhibition space in our Visitor and Learning Centre tells the story of the two bridges and celebrates this engineering legacy and we are delighted to have been joined by so many people for today’s official opening”.

Hilary Frank, Chairman of Cornwall Council, said “Thanks to the National Heritage Lottery Fund, the communities who live in the footholds of these iconic bridges now have this impressive Learning Centre. As well as celebrating the incredible feats of engineering of past generations, it will surely inspire future generations. “

Richard Ball, the Lord Mayor of Plymouth, added “This new Centre is much needed and is crucial for providing a better understanding of why the two bridges were built and the engineering behind their construction. “

Today was also a very special day for the twenty lucky visitors who were given the rare opportunity to climb the Tamar Bridge towers and experience the stunning panoramic views over the river after winning a ballot to mark the opening of the Centre. Among those climbing the 73 metres to the top of the towers was Becky Wright who said it had been a fantastic opportunity which she had thoroughly enjoyed.

Judges said of his photo : ”The figures in their hi-vis suits and safety equipment draw the viewer through a well composed image, free of distractions, to the maintenance apparatus and to the tower itself, which embodies a great leap forward in engineering and the scientific understanding of materials in the hundred or so years between Brunel’s bridge and the Tamar Road Bridge. “

The Learning space at the Centre has been designed around a Science, Technology, Engineering, Art and Mathematics (STEAM) theme as part of a wider programme to encourage young people to consider future careers in this sector. Staff from Tamar Crossings have worked closely with local partners, including schools, universities and community organisations, to develop a learning and events programme with exhibitions, a range of workshops and bridge building activities for young people.

As part of this central theme today’s opening of the Centre also marked the launch of a new annual Plymouth STEM schools’ competition. Developed by Plymouth STEM, Plymouth University, Building Plymouth and the Institution of Civil Engineers, students taking part in the competition will be asked to re-design a different iconic Plymouth Structure each year, starting this year with the Tamar Bridge.

Councillor Jon Taylor, Plymouth City Council’s Cabinet Member for Transformation, Education and Skills said: “Our STEM spectacular is all about showing young people that these important subjects can be fun.
“We want Plymouth’s next generation of scientists, mathematicians and engineers to be fired up about these subjects and what better way than to look to the city’s epic engineering achievements for inspiration? “

The opening also coincides with the beginning of the national Explore Engineering Weekend, which includes International Women in Engineering Day on 23 June staged in partnership with the Institution of Civil Engineers.

The new Centre, which is open free of charge, daily to the public, between 10am – 4pm, will provide guided tours for the public this summer. A group of 30 local Bridge Ambassadors have been recruited and trained to welcome visitors, deliver tours of the Centre and local area and support schools visits.

The new Centre has been funded largely by a £272,700 grant from The National Lottery Heritage Fund, with the Tamar Bridge and Torpoint Ferry Joint Committee providing 25 per cent of the cost.

Stuart Hobley, Area Director, London & South at The National Lottery Heritage Fund, said: “Thanks to money raised by National Lottery players, the story of the Tamar bridges and the communities they have linked can be celebrated properly for the first time. What makes this project so exciting is how these incredible feats of engineering can now be used to inspire a new generation to become scientists and engineers.” 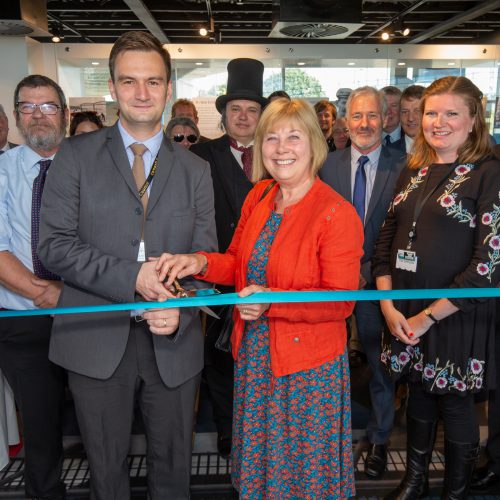 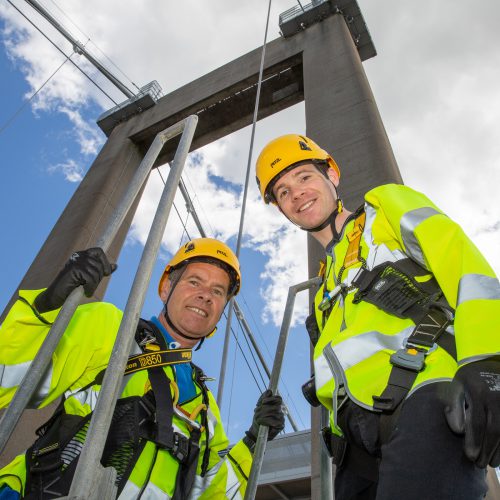 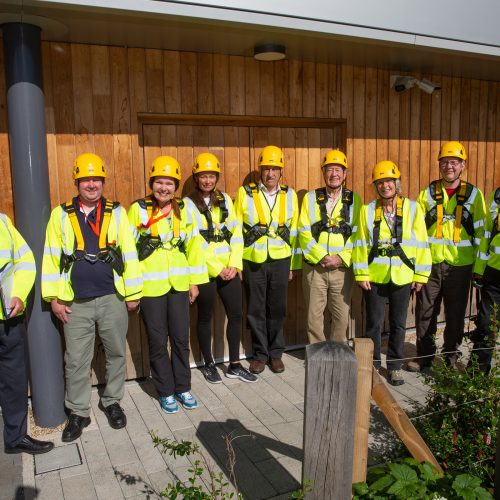