VolkerLaser have continued to make good progress this week despite having to deal with some unexpected rain showers. The application of the paint primer was completed by mid-afternoon today (Saturday), along with the edge details at the kerbs and the tie in detail at the Plymouth tower expansion/movement joint.

As the paint primer has to be allowed to cure fully before the next phase can begin, the team will be working off the bridge deck for the remainder of today, preparing equipment and materials for work to apply the first layer of the waterproofing membrane to begin on Sunday morning. This work will then continue throughout next week.

The specialist surfacing contractor, Aeschlimann, is currently preparing to return to site to begin the next phase of surfacing operations during the following week.

Following our previous updates we have received several comments about workers using buckets of paint and rollers. The teams have been applying paint primer to the surface of the deck using rollers in accordance with the method recommended by the manufacturer. As explained previously, the paint primer is the first coat of the bridge deck waterproofing membrane and is vital to help prevent the steel deck from corroding.

It is essential that the primer is applied at the correct thickness. If the primer is applied too thickly it will not cure properly, causing solvents to become trapped in the paint which, in turn, affects how well the next two layers of waterproofing and new surfacing material perform. To ensure that the material is applied within the correct tolerances the workers regularly measure the wet film thickness of the material during the application process.

We have also seen a number of comments referring to workers ‘standing around’ or ‘just watching’. Many of the operations carried out during the first phases of the resurfacing process require specific preparation works to be carried out using a range of hand tools and power tools such as disc cutters, grinders and compressed air tools.

To comply with current health and safety legislation VolkerLaser are required to monitor the amount of time that each individual worker spends on activities using these types of tools to limit their exposure to hand arm vibrations.

Continual expose to hand arm vibrations can cause Hand Arm Vibration Syndrome (HAVS) that can have a serious and permanent disabling effect, resulting in poor blood circulation, painful limbs and fingers, or the ability to use fine motors skills. HAVS is entirely preventable by allowing workers to have regular breaks, rotating tasks between team members and limiting the amount of time on specific tasks or time spent using tools that could cause HAVS.

Today’s photos show some of the team preparing the steel deck using a range of power tools. This is the final paint primer tie in detail at the Plymouth tower 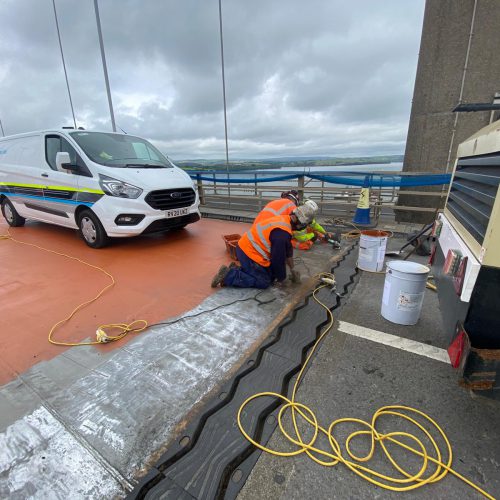 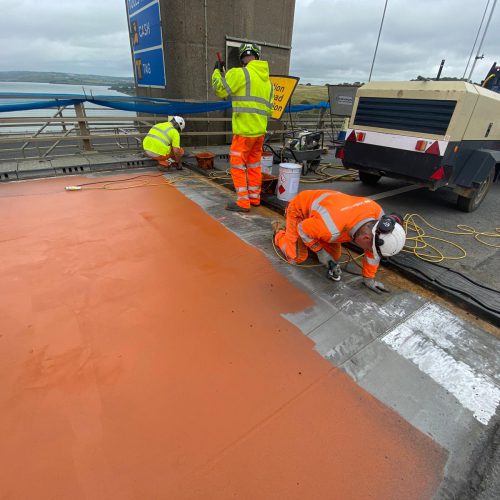 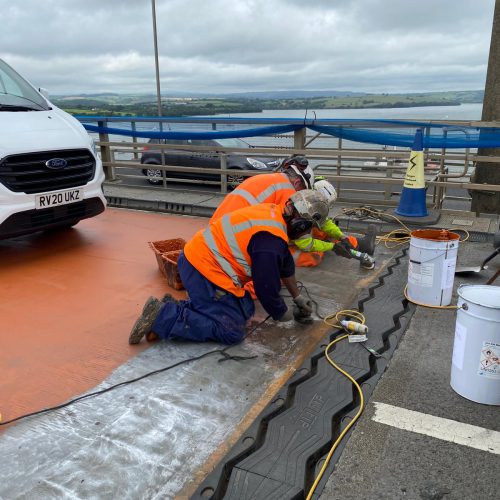